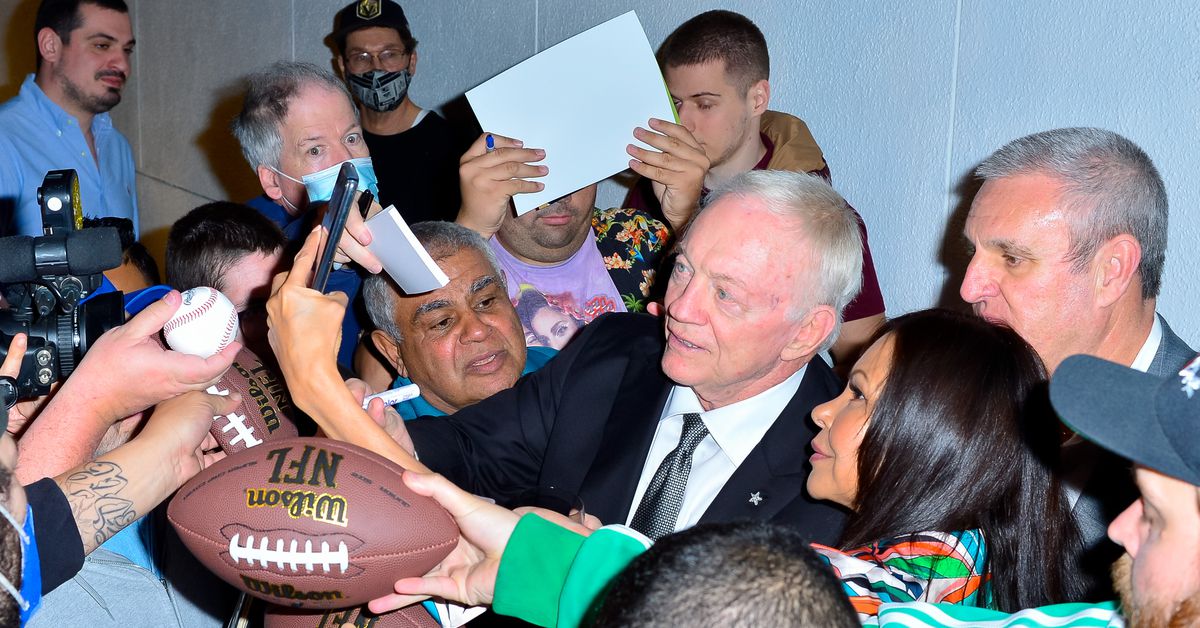 Dysfunction reaches a crescendo for the Dallas Cowboys

In the days following the final game of the season, NFL teams must come up with a free agent plan, go all out in the draft, and hold meetings to figure out what the plan will do.

Well, almost all teams. The Dallas Cowboys have been rocked by some strange things that have shed light on what’s been going on at the top of the organization. And nothing that is seen is good. While two specific events over the past few days were shocking in different ways, the clarity of hindsight shows the Cowboys may have simply been living on borrowed time before things got out of hand. The term “dysfunction” is being applied more and more in Dallas, and when it’s been going on for this long, it almost always comes to an inflection point.

Frustration is just one of the fan reactions to this, as they all have an effect on the team. Most are very easy to see, but even the more indirect ones are symptoms of the general chaos that underlies things.

In roughly reverse chronological order, here are some of the things dragging a once-proud franchise down. Jerry Jones and his family are the thread running through the issues.

ESPN’s lengthy report of a settlement paid by the Cowboys to four members of their famed cheerleading team was troubling. There was nothing good about this report and reflected very poorly on the franchise and management.

Immediately after the season, in a series of media appearances, Jerry Jones made comments that undermined his own head coach and appeared to be a clumsy attempt to bring Mike McCarthy up to speed on his job. Then on Tuesday, McCarthy appeared on the Rich Eisen show and fired back. It was a depressing display of an adversarial approach to handling things by the owner and GM. This has created a rift between the two most important parts of the staff which has no good involvement.

It’s usually the incessant talkativeness of Jerry and his son Stephen that’s the problem. As in this case, they take things that should be done strictly in-house and bring them into the media spotlight, where they are pushed through local and national outlets. Loose behavior around any microphone has long been a trademark of the pair running the operation. They developed a love of the spotlight that became a feedback loop. The more they say, the more covered they are and the more they bask in their own fame.

Airing dirty laundry only spreads the dirt. It makes it harder to do the already incredibly difficult job of winning games, which should be the team’s only real top-down goal. Instead, the friction only grows. This leads to more and more heat, and if it gets bad enough, things burn. And it’s clearly not just staff who are affected.

As it becomes an annual rite with the EVP doing almost all the work on contract management, Jones began to justify possible future roster changes to bring the team under the salary cap. This year it was DeMarcus Lawrence and Amari Cooper, two important pieces of the puzzle to build the team for 2022. He explained how their ceiling successes were hurting the team in a not-so-subtle hint as they may well be consumable.

Paradoxically, the Cowboys have long manipulated the cap to do what they want. Although the cap places some limits on what teams can do, the ever-increasing stream of revenue, to which the cap is tied, means that costs can be carried over to later years without crippling the organization. You can make the case that thinking about results trumps building a winning team. The Jones family usurps too much power over the roster which should be focused on McCarthy and the coaching staff, as well as the scouting department under Will McClay.

A surprising revelation after the season ended for Dallas was that Ezekiel Elliott played most of the year with a partially torn PCL. Meanwhile, the Cowboys’ running game was mostly ineffective. Tony Pollard was obviously more efficient at carrying the ball during this period, but Elliott continued to get the bulk of the touches out of the backfield.

It’s a lingering suspicion that Elliott was the most used back due to his big contract. The perception is that ownership wasn’t about to let so much of the salary cap sit on the sidelines. He was going to go out and make his money – even if he didn’t really. This twisted logic is only part of the way business seems to be going in Dallas.

Elliott, Lawrence and Dak Prescott have something in common. All were involved in rather acrimonious negotiations for their current contracts. All faced tough and very public negotiations. All of them eventually supported the team and received large salaries. All are now part of this salary cap puzzle that draws relentless complaints from Stephen Jones.

Jones seems to think he’s much better at making deals than the evidence suggests. His problems with the salary cap are almost all self-inflicted.

He has also taught the whole player that he can be beaten as the way he tries to use the media to influence the negotiations and their media coverage creates ill will. It’s another negative cycle where each iteration only makes things worse. Now, with some big free agents the team could really use for this season like Randy Gregory, we’ll likely see this selloff hurt the team.

Aversion to the free agent market

The Cowboys’ roster-building philosophy was clearly spelled out. The draft is the most important part of it, and the draft picks are golden. Free agency should not be used to acquire top talent, but focuses on bargains to fill in the gaps.

This is not the approach taken by top performing teams for many years. The Los Angeles Rams have a shiny new Lombardi Trophy after spending a lot of draft capital to trade for Matthew Stafford. While free agency is always a gamble with significant costs associated, there are examples every year of a big name helping a team overcome the hurdle. But under Stephen Jones, Dallas has all but abandoned that approach. The only recent exception was the Cooper trade, which had elements of desperation. And now Jones is making noises to leave the player acquired by trading a first-round pick.

It’s like throwing away an important and useful tool before starting a construction project. You are forced into workarounds and compromises. There certainly seems to be an element of not wanting to admit a mistake and correct it. Instead, you keep doing the same thing you did and expect a different result, and there’s a saying about that.

This pride can be the real common thread that connects all these problems. Dallas is the most valuable and watched team in the NFL. There’s no financial reason for things to change. This ever-increasing wealth is very important. The fact that a more successful result on the pitch would likely make things better is ignored in favor of sticking with what has proven itself. Additionally, the success of the brand creates the false belief that the Jones family is smarter than everyone else. What they do best is marketing and profiting from ancillary businesses, like how The Star at Frisco is so much more than just a training center.

That leaves us with a team that isn’t really a team. It’s a property determined to do things its own stubborn but profitable way occupying the same building as a coaching staff and roster trying to find success despite the interference and even opposition they face.