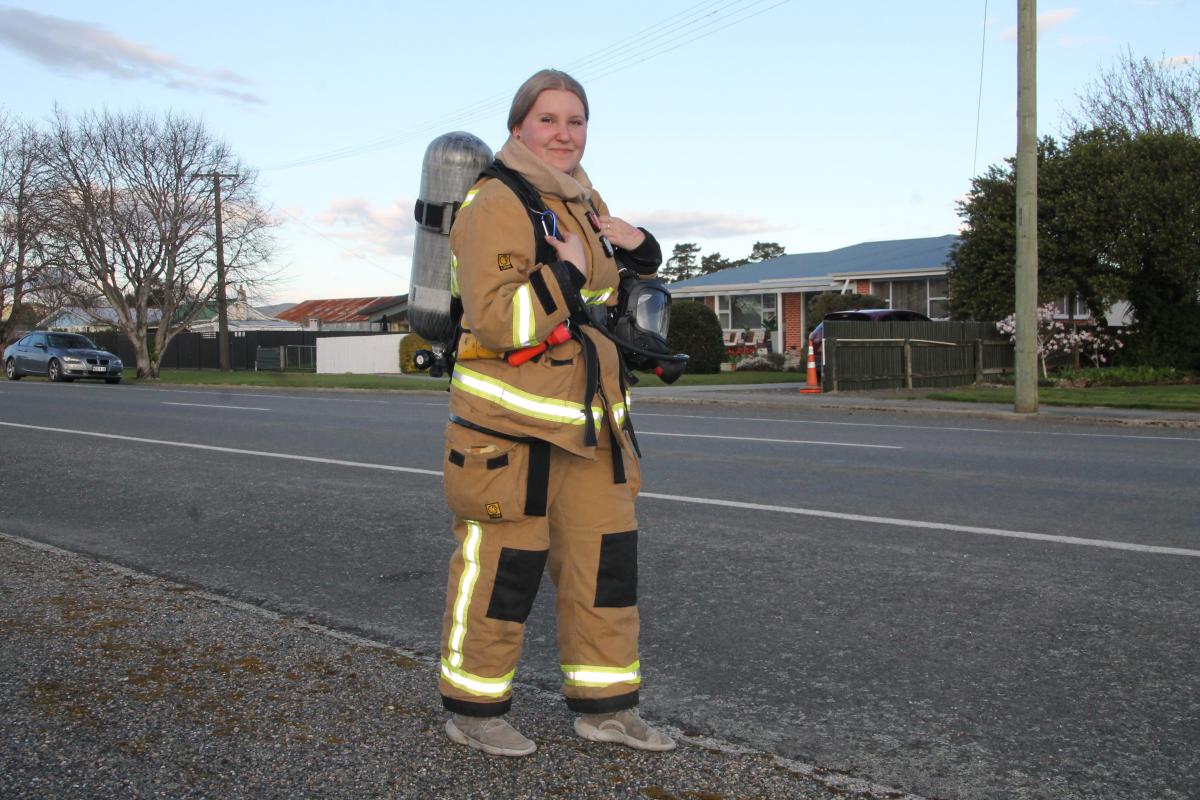 By Jackeline K. Harder Last updated Sep 27, 2022
Share
Walking 2km every day in her firefighter gear is the least Kailey Yeoman says she can do for her hero during Prostate Cancer Awareness Month.

The Wyndham Fire Department member said she took on the challenge to raise money and awareness for prostate cancer.

“I have a family member who has prostate cancer who was also in the fire department. He’s a life member and he’s one of the strongest people I know,” a- she declared.

“This one is definitely for him.”

By the end of the month, she will have walked 60 km in her level two firefighters’ gear.

“It’s the heavy duty big thing. I also wear my breathing apparatus on my back. It’s about 15-20kg.

“At the end, especially when it’s hot, it gets quite sweaty.”

She had to endure the elements on some days, she said.

“There were a few times where it was like high winds and torrential rain and there was snow in the morning.

“Those days are tough, but nothing compared to what they have to go through when they get chemo.”

People had been very supportive of the challenge, with her family and friends sometimes walking with her, she said.

« FENZ [Fire and Emergency New Zealand] and the Wyndham volunteer firefighters were amazing.

“I got half the brigade involved,” she said.

“The other day I went with the squad leader and we walked all over the main street so people could see us.”

The Three Rivers Hotel had also supported her, donating proceeds from one of its meat raffles to her fundraiser.

“I have a couple buckets around Wyndham and stuff,” she said.

She also has a page on justgiving.com called “Kailey’s Fire fighter walk”.

“I get weird looks.”

However, getting attention was the goal of her challenge, she said.

“Obviously cancer is a big thing in our family, so I’m always open to raising awareness.”

The challenge got easier over time and she felt it even made her a better firefighter.

It was also good practice for the Firefighter Sky Tower Challenge in Auckland, a goal she had set her sights on since joining the brigade nearly five years ago, she said.

The challenge raised funds for Leukemia & Blood Cancer New Zealand, another cause Ms Yeoman was keen to support.

If e-challan cut off, no need to worry, check the status and payment like this