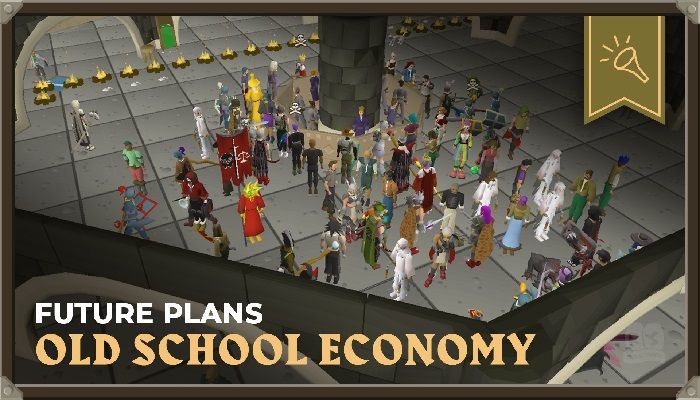 How do you fix the old-fashioned RuneScape economy? Jagex is making plans for the future

Old school economics RuneScape receives some proposed changes designed to ensure its future health, by addressing inflation and oversupply issues. Jagex offers several ways to keep the economy focused on gamers with safeguards to help everyone on the whole.

Player-to-player trading is generally not taxed, but they are considering the possibility of a small tax on the Grand Exchange to help take gold out of the game and slow the rate of inflation. The proposed change is a 2% tax rate that would be levied on the final sale of the item. So, the buyer will only pay the final cost, while the seller will pay the 2% tax on their income.

With the tax proposal targeting some of the excess wealth in the economy, the number of excess items would potentially be addressed by item sinks in one form or another. More items enter the economy than they leave, so one way would be to create new costs, but it would be difficult to scale them. Another proposal on the table is to use the tax they collect on sales from the Grand Exchange to buy items from players and remove them from the game. This would only happen through a clearly defined system, and while the As work continues on the final form, there is a framework within which item sales taxes would work together to help remove surplus items from the economy.

Finally, there are banking space issues. If you are a premium player, you get 800 bank slots and 400, before any potential bonuses. The proposal is to be able to buy banking spaces directly in blocks of 40 at an increasing rate in gold. So for the first block you could pay a million coins and if you want the ninth block you would pay 500 million coins.

To find out more about the specifics of all these proposals head to the RuneScape Blog.

What makes bitcoin the perfect trading option for 2021?