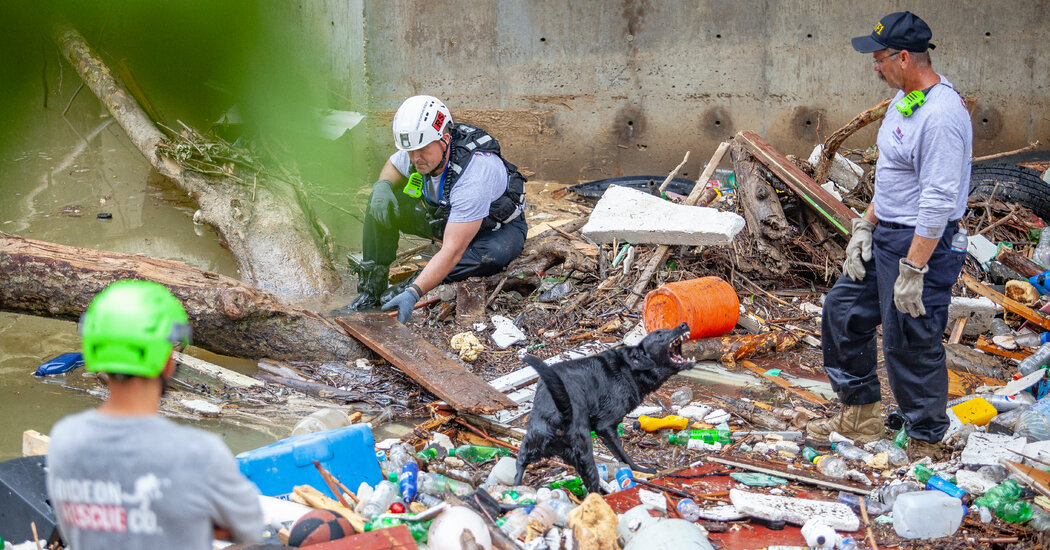 The prospect of more flooding could be the central single-day concern in Japanese Kentucky, the part of the state hardest hit by flooding last week, Governor Andy Beshear said in a Twitter thread late Monday.

The flooding, one of the worst in state history, left at least 37 people dead, Mr Beshear announcement. He also told a press conference that there were “many people missing, minimal” and that rescue operations had been hampered by impassable roads and washed out bridges.

As rainstorms ripped through the remote hills and valleys of Japanese Kentucky on Monday, rescue teams were still trying to maneuver into areas where the floods and mudslides they triggered had destroyed infrastructure and cut off the mobile phone service.

More than 10,000 Kentucky households were without power early Tuesday morning, according to PowerOutage.us, which aggregates information from utility companies. And in some places, floodwaters again engulfed roads that had reopened to allow emergency personnel to pass after the first floods last week.