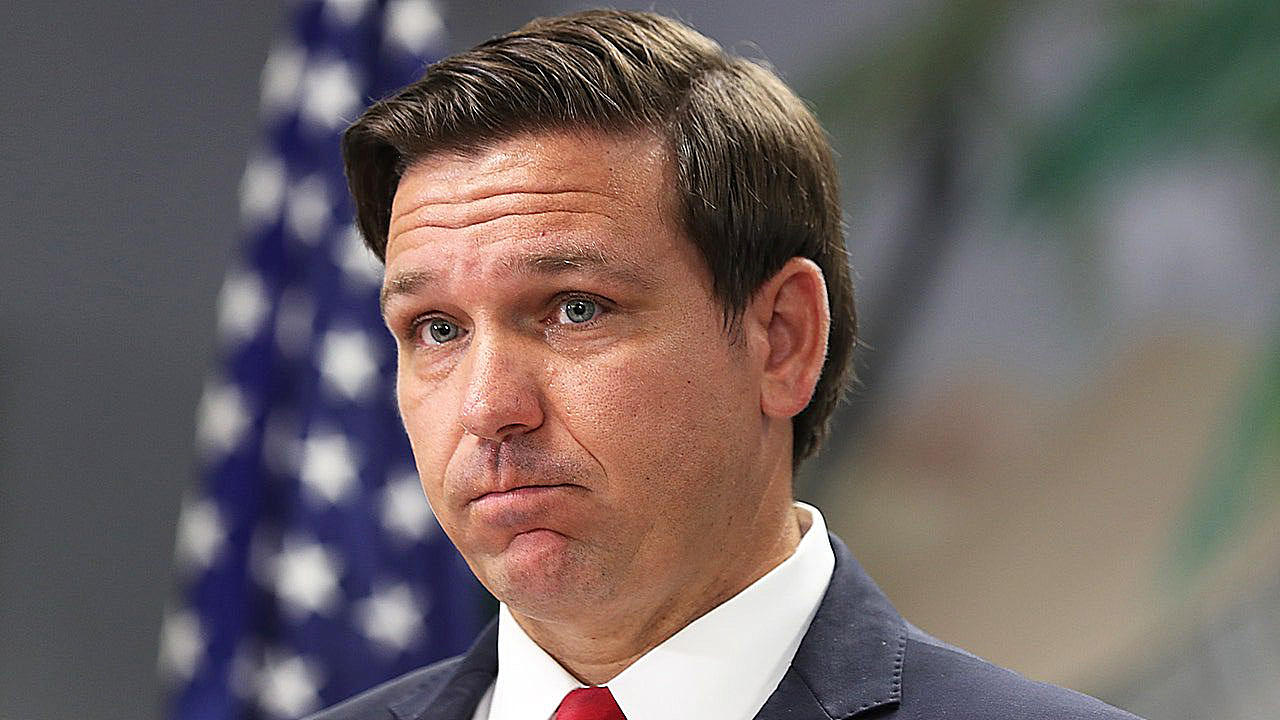 Talk about a friendly audience – Gov. Ron DeSantis opened the floor for questions at the end of a press conference in Jacksonville on Monday and left after allowing only one person in the crowd to shout what sounded like “We love you.”

“Oh, I love you too,” the governor replied. He then said, “God bless everyone. He waved with both hands and added, “See you.”

DeSantis then turned his back and left the stage at the Prime F. Osborn III Convention Center in Jacksonville, where he had gone to personally hand out $1,000 bounty checks to 50 first responders in the second year of a program approved by law.

He said nearly 100,000 cops, firefighters, paramedics and other officials will receive checks in the mail over the next few weeks. The amounts were calculated to cover any federal income taxes, the governor said.

News outlets certainly attended the event, the governor’s press secretary Bryan Griffin the Phoenix said over e-mail, but the Governor’s quick departure didn’t give them time to question him.

“I wasn’t here today, but it looks like the press has no questions and people love the Governor,” he added.

However, the deputy press officer jeremy redfernwho said via email that he attended the event, confirmed, “I was standing in the back and no one from the press asked any questions.”

The Tallahassee-based Phoenix observed the press conference via the Florida Channel. On this medium, it can be difficult to hear the questions put to the governor because his interrogators are often without a microphone.

It is not uncommon for the governor to call a press conference but refuse to answer questions from the press, either by not giving them the floor or by bask in praise supporters who attend its hearings.

And it’s not like there aren’t some relevant questions the press and public will want answered some eight weeks before the Nov. 8 conclusion of his re-election bid against the Democrat. charlie christthe Pinellas County congressman.

The Florida Democratic Party posed a list of those questions ahead of the governor’s scheduled appearance, including whether he agrees with the attorney general Ashley Moody’s litigate in court asking the Florida Supreme Court to strike down the state’s constitutional protection for abortion access?

Does he support a complete ban on abortion (current state law prohibits access after 15 weeks gestation)?

Additional questions focused on DeSantis’ relationship with Florida Power & Light and his rate increases, whether to ferry Cuban immigrants out of state, and the DeSantis-Crist televised debate schedule.

Florida Phoenix is part of States Newsroom, a network of news outlets supported by grants and a coalition of donors as a 501c(3) public charity. Florida Phoenix maintains editorial independence. Contact the editor Diane Rado for questions: [email protected]. Follow Florida Phoenix on Facebook and Twitter.

Fractured Online Early Access Release Date, Time, and How to Get It