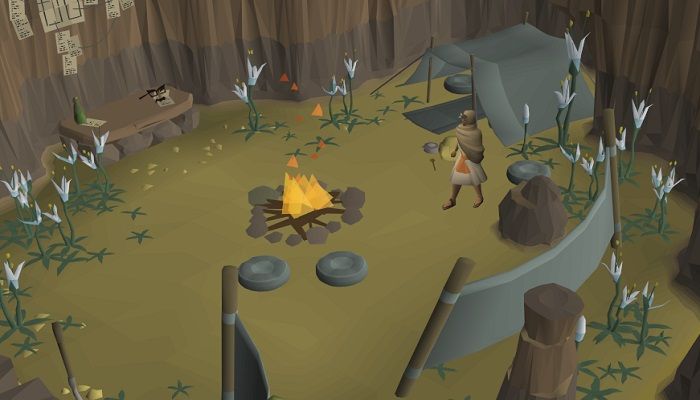 A new quest is now available in Old School RuneScape. Beneath Cursed Sands has been added as a preview and support for the new upcoming raid, Tombs of Amascut.

With the new raid, slated for release this summer, described as “our most narrative-driven raid yet”, the quest serves as an introduction to the Kharidian Desert and its own narrative. The quest is presented like this:

“When Sophanem was beset by a series of plagues, the gates to the golden city of Menaphos quickly closed. They have been locked up ever since – no one enters and no one leaves. There are, however, rumors of strange happenings. inside the city walls and stories of Menaphite citizens who mysteriously disappeared.

Someone has to investigate, but few are willing to accept the risk. Maisa, an Al Kharid spy, is fed up with inaction. She is determined to solve this mystery – but she cannot do it alone…”

So there’s no shortage of plot or work to do for this Master level quest. With this level, you will need to reach some specific achievement levels to access it, but once you do, you can take on the quest for rewards. These rewards for success include 2 quest points, access to Amascut’s tombs (when released), and 20,000 Agility XP.

The quest will also grant you access to two new unique items, the Keris Partisan and the Circlet of Water. The Keris Partisan is an improvement of the Keris knife acquired in Contact! Upgrading turns it into something like a spear and adds extra damage. You should save it for the upcoming raid, where there will be another upgrade opportunity. The Circle of Water is an untradeable helm that uses water runes and acts as a waterskin when worn.

There is also an update on the inventory system overhaul issues. Last week, the team attempted to upgrade and modernize the system, but there were several major issues. They slowly patched in because getting everything back to what it was in bulk was “virtually impossible”

For more on the new master quest and inventory rework fixes, head toward Old School Runescape.

Police: Woman pretends to be a man’s wife and takes money from three banks on the same day