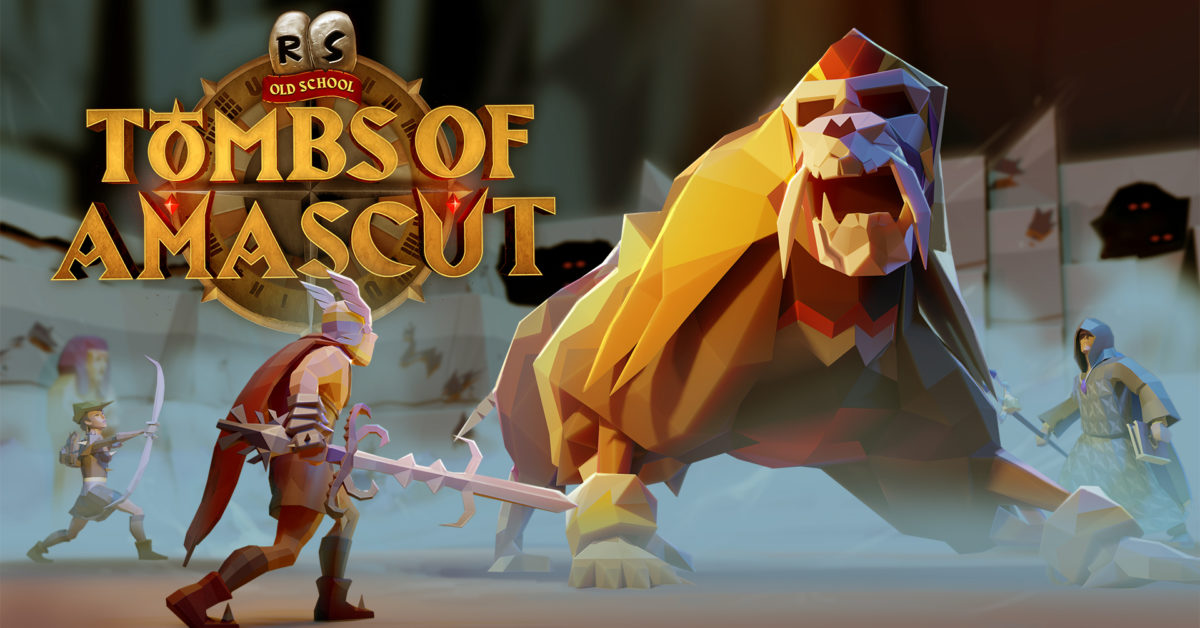 Jagex has revealed that a major new addition is coming to Old School RuneScape as they will launch a new customizable raid. The new raid is called Tombs of Amascut, which will allow you to choose from several modifiers, with the rewards for this raid being the best weapons and armor in the slot. We have more information on the raid below as it hits the game on August 24th.

Long ago, the citizens of the Kharidian Desert led prosperous and luxurious lives. This all changed when Amascut, the goddess of rebirth, became corrupted and deformed. She became the Devourer, determined to consume all existing souls. Deep in the desert, an ancient tomb has long hidden great power – and she is determined to harness it at all costs. There is only one solution: fight Amascut before it’s too late!

Tombs of Amascut introduces the new summoning system which makes each raid unique. Before entering the raid, players can choose from several modifiers that buff and debuff items in the raid. Stacking summons and their effects will increase the challenge for players but offer rarer and more powerful loot as a reward. The raid continues directly from the Beneath Cursed Sands quest and tasks players with stopping Amascut’s rise to godhood. There are four main areas that can be tackled in any order, each offering a specialized challenge in the form of combat and puzzles. However players want to tackle the Tombs of Amascut, they can do it their way.

The best rewards from this raid include the Shadow of Tumeken, a powerful two-handed staff, Masori armor, a three-piece set of telemetry gear, Elidinis’ Ward, a shield with magical strength, Lightbearer, an attack special regeneration ring, and Osmumten’s Fang, a deadly one-handed weapon.