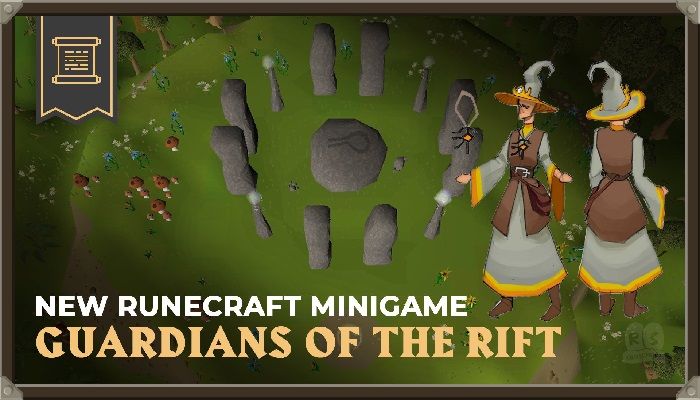 After opening League III: Shattered Relics last week, the Old School RuneScape the team is make some adjustments based on player feedback on strategic restrictions, including the cost of unlocking skills and other fixes. The idea of ​​a planned new minigame that, if voted on, could be added in March, is also on the table with players.

League III received patches last week and today more downtime is expected. Since the launch of this trick, many players have tried it and given their opinion. Some of the comments included that getting the best shards and scenery effects took too long and that some task requirements weren’t as achievable as they should be. So the team changes skill unlock costs, adjusts boss unlock costs, lowers some task requirements, and sets activation value requirements.

Also potentially in the works is a mini-game that was hinted at in December 2020 as a potential new training method. Now the team has finalized the lore and released a description of this mini-game which would focus on Runecraft training. They call it Guardians of the Rift, and it will soon be available for the community to vote on.

Rift Guardians would center the Grand Warden trying to close the rift, with Rift Guardians you can keep charged, create later, and otherwise help protect the Grand Warden. Eventually, Abyssal Creatures will begin to appear and attack the Great Guardian. From there, you’ll need to work to craft the correct runes, keep all of your help powered up, and keep the Great Guardian powered up. Tougher mobs will also start to spawn and a different strategy phase will begin because if the Rift Guardians fall they will block the way but you can mine them for Essence and they will disappear. Go through the entire minigame, which wouldn’t be instanced, so it would only happen once per world at a time, and collect some significant Runecrafting XP. You will, however, earn Runecrafting XP throughout all rounds.

For more on the Guardians of the Rift proposal, go to the ad to Old School RuneScape.