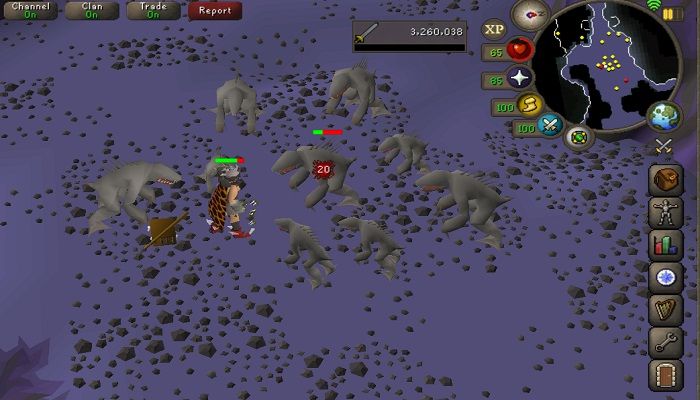 When Nex was released, a few fixes were implemented soon after in the name of balance and fixing a bug where she couldn’t be killed (oops). In the weeks that followed, many took up the new challenge and fought it off, but now the team wanted to sweeten things up a bit with a new set of achievements on Nex. You might earn an Elite level achievement for killing Nex once, or if you manage things like killing her without anyone dying, without taking damage from certain attacks, or with only two or three players, or while a player coughs. There’s even one for killing her 100 times.

Nex also got a few fixes mostly on loot. Fixed issues include system-caused crashes for item drops using too much code, 100,000 GP charges not being transferred to a loot key as intended, and loot keys being inadvertently deleted if a player with an inventory complete was trying to pick one up in a PvP world.

Old School RuneScape is also moving towards expanding its reach on mobile with the Android client open beta. This beta will begin on February 28, and the team needs testers to help determine what’s next. Some of the features of the Android client will be on mobile for the first time. These include fishing spot indicators, buff bars, chat buffs, and entity highlights for NPCs. These features and more will be available, along with some changes released this week.

When the open beta is about to begin, the team plans to release an article with both instructions and a list of known issues. As for the client test, the Known Issues post will also include a space for comments.

To learn more about this week’s updates, including Nex achievements, PvP changes, and more from the Android Open Beta, see ad to Old school RuneScape.

Get a car title loan without credit check in Miami