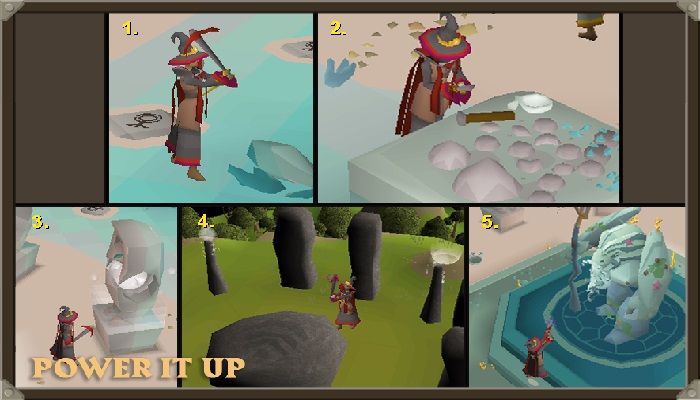 The previously announced launch of the new Runecrafting minigame in Old School RuneScape, Guardians of the Rift, went live with today’s update. Although issues, some of them major, arose with the update, the team decided to release fixes and restore the server.

Guardians of the Rift launched with a new quest called Temple of the Eye. In this quest, you help a witch in her research and visit the Temple of the Eye. It is your responsibility to uncover a mystery that dates back to the dawn of magic and will take you on a mini-quest and begin your tests of runecrafting skills. If you succeed, you’ll unlock Guardians of the Rift and you’ll get Runecraft XP, a quest point, and a medium pouch.

Once you unlock the minigame, you can start and see what the final version looks like. Guardians is a vault, so you won’t lose anything, and it’s also accessible to skill-only accounts. Once in the game and it starts, it’s up to you to help the Great Warden close the Abyssal Rift. Keep the Guardian powered up by mining Guardian Fragments and then combining them into Guardian Essence. There are a few other steps, but if you think your Runecrafting is good enough, you should be able to do this. You’ll need to upgrade barriers, fight off spawning abyssal creatures, and even create smaller guardians to help the Great Guardian stay defended.

After the update went live, bugs were reported that made normally untradable items able to be picked up by other players when dropped in an instance. That alone was bad enough to cause the server to back down. There were also bugs with Temple of the Eye where mobile players were seeing the game crash. A series of other fixes and bugs that affected players being unable to complete the Temple of the Eye quest, return to the minigame, or create runes as intended, have all been resolved.