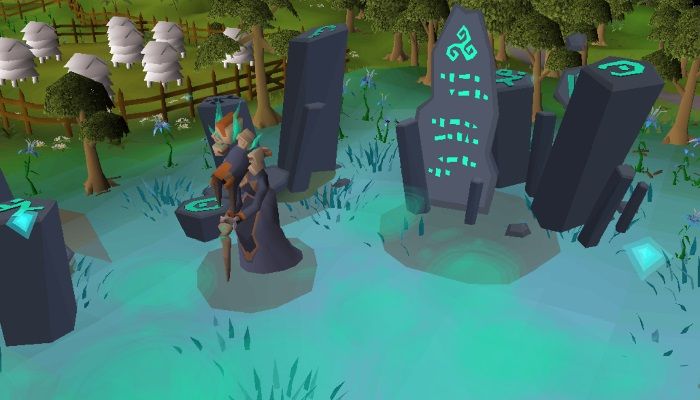 Old School RuneScape has now launched Leagues III: Shattered Relics. The mode features new ways to compete and play, as well as the shard system that will help you unlock better powers while competing.

While leagues officially launched at 12:00 GMT, there were issues with save profiles, so the team had to roll back to the main game just before today’s update, but anyone who has participated in any of the league worlds will have their save data intact. .

Leagues III: Shattered Relics starts you off as a new iron player. You will have all of the tutorial items, but all skills except defense, fishing, flying, and a combat skill of your choice are locked. By completing tasks, you will be able to unlock skills, bosses, and quest bundles with your rewards. XP rates will be five times higher than usual, and any deaths will cause you to respawn at the starting point per town. Waystones in major cities will help you travel between them with no cooldowns. The objectives that are new league points are extensive, including learning skills or destroying monsters and completing quests. But since you’re starting with only four skills, your journey will be a little more complicated than usual, which is the point of playing challenge mode anyway.

There’s also League First, for players who complete League’s most impressive feats the fastest, including things like unlocking all bosses, getting a pet, unlocking all skills, or even maxing out a shard.

Leagues are a temporary mode, but the rewards will stay with you and they include new gear, including themed outfits. This time, the Shattered Relic Hunter outfit is the reward. You can also get a Shattered Relic home teleport animation. When you use the scroll, your character will place relics and teleport you. There is also a banner and a weapon pack.

For a full look at what you can expect from this new Leagues mode, head over to full records to Old school RuneScape.