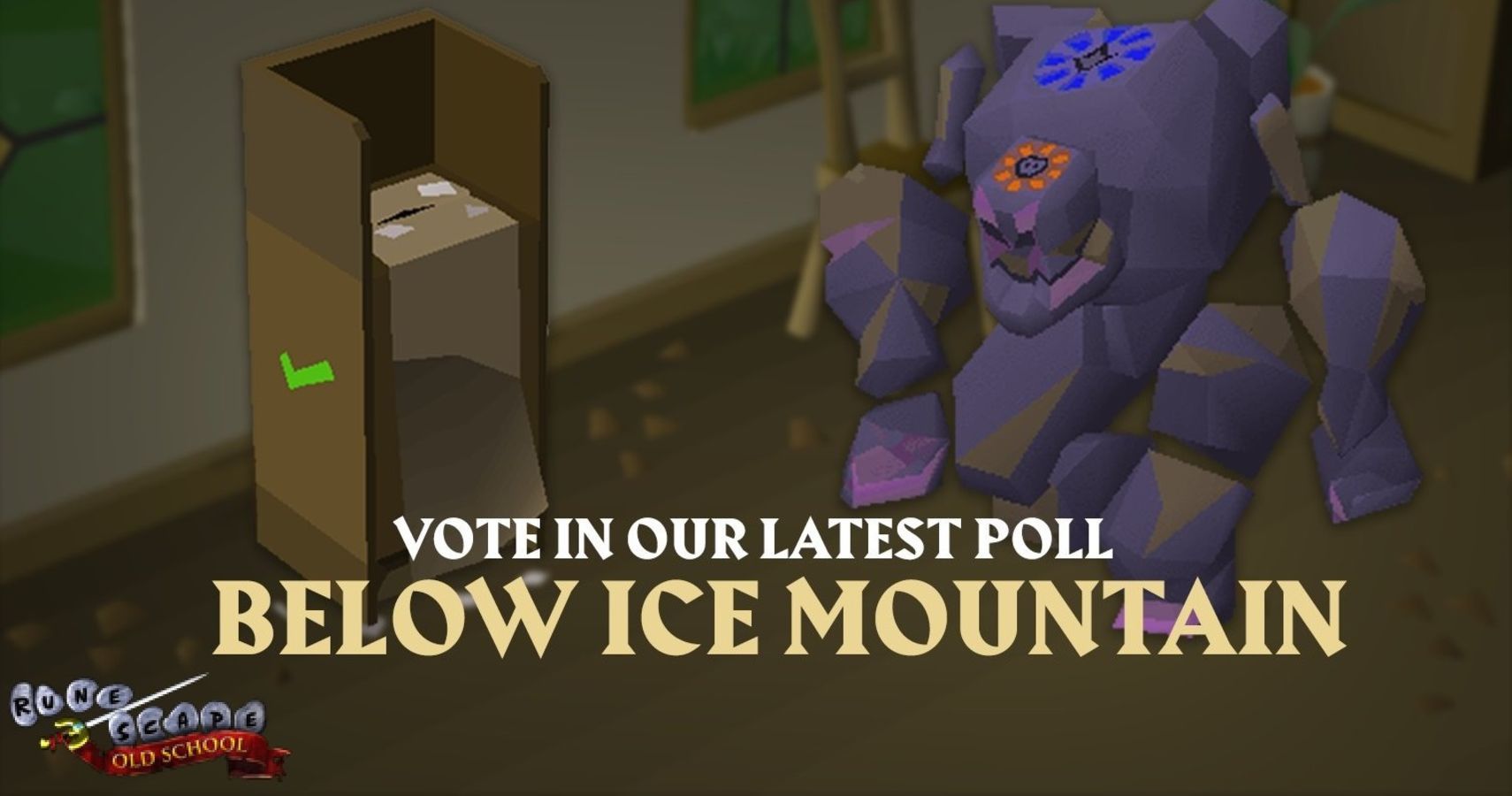 Below Ice Mountain is a suggested quest for Old School RuneScape and includes a new dungeon.

The latest Old School RuneScape poll is now live and – if all goes well – the game may receive a new free quest. Under the mountain of ice is a Novice Quest that brings a new dungeon, but it won’t be added to OSRS unless the community votes for it.

In total, the current OSRS poll asks eight questions about new content. Most important is the first one, which asks if Below Ice Mountain should be added to the game. Those following are just trying to determine what content is most interesting to the community.

If the content passes the community poll, the quest and dungeon will hopefully be released in April.

“Willow, an energetic (perhaps suspiciously) archaeologist is on the hunt for her next big find,” the Below Ice Mountain description reads. “She thinks she has found the entrance to the ancient underground ruins found west of Ice Mountain. There is a catch though: the entrance is tightly sealed and she must reunite her former crew to help her out. break in. Of course, she has to. stay close to the ruins in order to claim the find, so it behooves you to gather her group of rags for one last caper and one last big reward. ”

She will work with three other characters – Burntof, Checkal and Marley – although her true intentions to explore the mountain remain a mystery.

Full details of the quest and the new area can be found on the old school official blog. It also contains a few additional modifications proposed for the Bolt Pouch, aimed specifically at making it more user-friendly.

Old School RuneScape is currently available on PC, iOS, and Android. The nostalgic game will also arrive on Steam on February 24.

xQC opened up about a recent crash incident, revealing police mistakenly believed he was addicted to methamphetamine.


Jon Bitner is an associate editor for TheGamer. His passion for gaming started with his first console (Sega Genesis) and he hasn’t stopped playing since. His favorite titles include The Legend of Zelda: Ocarina of Time, Team Fortress 2, Rainbow Six Siege, Pokémon Sword & Shield, Old School Runescape, Skyrim, and Breath of the Wild. Usually found playing the latest RPG, FPS, or some obscure mobile game. Prior to working as an associate editor, Jon earned a degree in biology and worked in the biotechnology industry – experiences that taught him to put words together and make sentences. When not playing or writing about the gaming industry, he enjoys sleeping, eating, and watching birds.