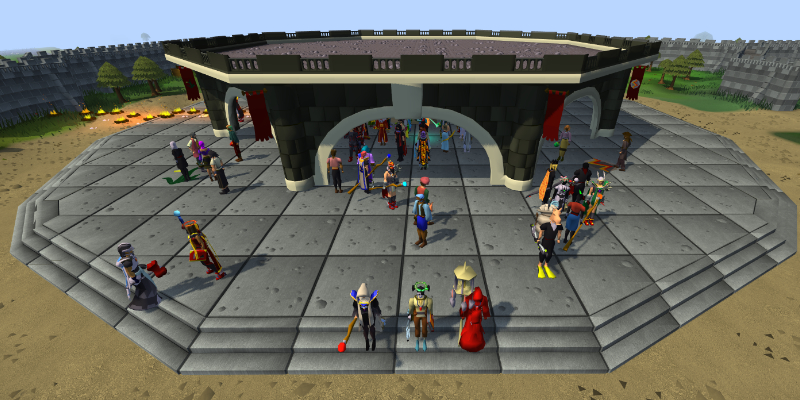 In a new developer blog, Jagex Studios offered an overhaul of the economy for Old School RuneScape. The popular retro MMORPG is currently suffering from a declining economy. This is due to the fact RuneScape OS lack of either a reliable item well or a gold well, to extract the wealth of the game. It is this problem that these latest proposals aim to repair.

The first proposition is that the Grande Bourse would have introduced a tax. The Grande Bourse is RuneScapefrom the auction house where players can buy tradable items with each other. Putting in place a sales tax on all transactions would dramatically increase the amount of gold leaving the economy. Items would be taxed at just 2% of their value, but that’s still a lot given that some items sell for billions of gold.

Speaking of gold is flowing in OSRS, what’s better than a literal golden sink? This change would allow players to build a gold sink in their player-owned house. Building the sink would require a level 47 build, 10 Condensed Gold, 5 Gold Leaf, and 5 Mahogany Planks. These materials would cost over a hundred million gold to buy.

The third method used by Jagex to withdraw gold concerns the banking space. Banks are the primary storage method used by players in Old-fashioned runic landscape. Currently, there is a cap of 816 items that can be stored in a bank. If this proposal were to succeed, this figure would be raised to 1200. However, the acquisition of this additional banking space would be very expensive, costing a little less than 900 million gold.

The nine upgrades in bank storage size and their respective cost.

When setting up a gold well in RuneScape OS is important, it does not mean anything without an equivalent sink. A new system implemented alongside the Grand Exchange tax would see Jagex himself buying items from players. These items would be purchased with funds raised through taxation. Any items purchased in this manner would be immediately removed from the game, reducing supply without reducing demand.

As with all major updates to Old School RuneScape, these changes are not final. A community-driven poll is active in the game and allows players to vote if these changes need to be implemented. They will only be added if at least 75% of voters support the proposal. If this value is not reached, the proposals will either be deleted or reworked for another survey in the future.