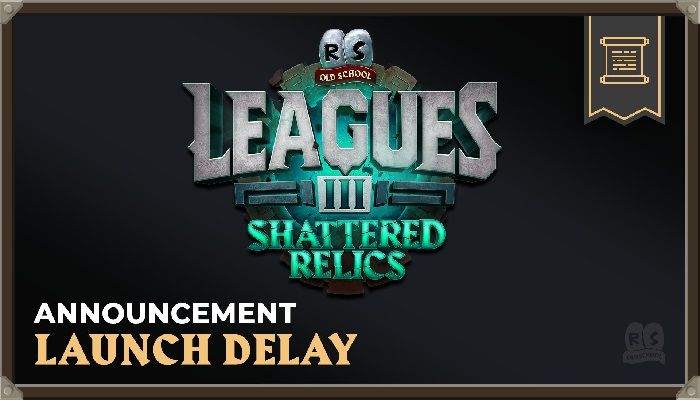 The decision to delay this time was also based on not wanting to distract players from the ever-busy Ironman group. The announcement is in part due to the launch of Group Ironman, and in the weeks since, there is still a lot of activity and action. Group Ironman itself was delayed, which reduced the window initially planned between the two versions. So this new delay will correct that a bit, although the weather will be a bit longer than expected or expected due to the time of year and progress with the Ironman Group.

The good news is that the launch of the new mode was successful and exceeded expectations, according to the team. The game has been very competitive and some people are still finding their place and adjusting to the challenge of the highly anticipated new mode. As this is the first new mode in years, it’s no surprise that people are both diving to enjoy their new option and still getting used to playing it.

Due to the decision to delay, League III: Shattered Relics will go live from January 19, 2022 to March 2. This calendar was also designed so as not to potentially disrupt anyone’s vacation plans for the end of this year. With a dedicated community and a listening team, that makes sense.

Although a potential bright spot that some might look forward to. There is a vote to add Nex to the game, and if the decision is passed by community vote, then Nex will join on January 5th and appear in the League.

For more information on the deadline and the decision, see the Old School RuneScape update.

District of Cinema Episode 7: The Money Behind Musical Movies