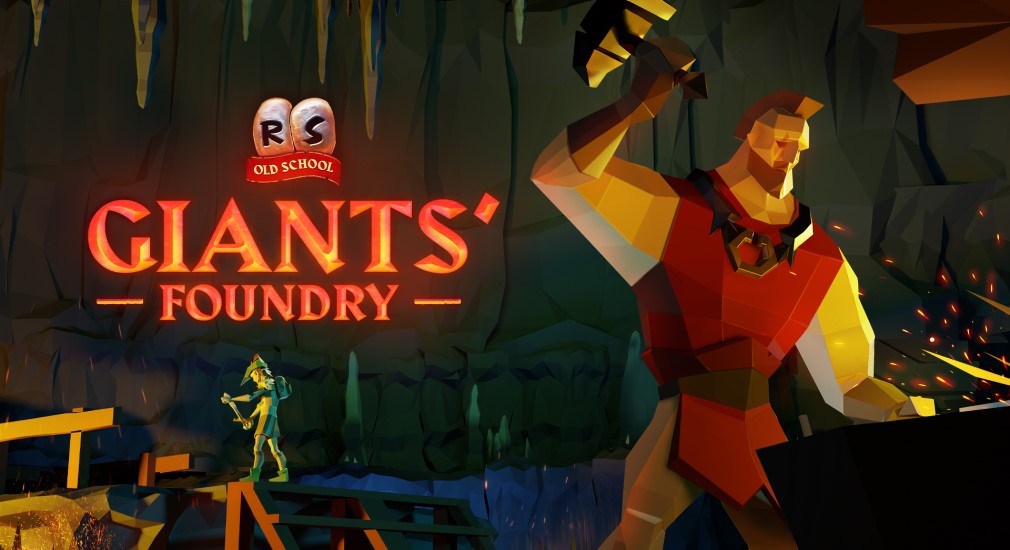 Jagex, creators of the incredibly popular Old School MMORPG RuneScape, have just announced a new in-game mini-quest called Giants Foundry. It focuses on the Smithing skill of the game and will provide a new training method for players. A hidden area has been discovered under the Giant Plateau and it has been revealed that this area is home to a lot of ancient knowledge about giants and their nature.

It has always been thought that the giant inhabitants and monstrous creatures of Gielinor seek only destruction. This event will aim to rewrite that narrative and players will now be able to understand the true culture of the Giants. The groundwork for all of this will be laid once the Legendary Forge starts working again and colossal weapons start pouring out of it. This requires blacksmithing skills, of course, and all can be achieved if players team up with Kovac the Giant.

With this update, mastering the skill Smithing will now be easier on Old School RuneScape. This makes the crafting ability more interactive and accessible early in the game, sufficiently increasing the number of items that can be crafted even mid-game. In addition, the desert area will have an exclusive bonus to increase skills.

Once players have helped Kovac and the Forge is now open, Kovac’s Reward Shop will open. It will include the Smith’s uniform which is quite sturdy and also helps in the overall development of the Smithing skill. Additionally, players can also get their hands on the Colossal Blade, a heavy weapon that deals a lot of damage to enemies.

Like all features in this game, 75% support is required, with the Sleeping Giants mini-quest being supported by over 90% of the community. If you want to help Kovac, download Old School RuneScape now for free from the App store and google play.

Also check out the best multiplayer games to play on mobile!

Practice blacksmithing in the foundry of the old-school RuneScape Giant

Direct Sales: A Perfect Storm May Have Come For Auto Dealerships