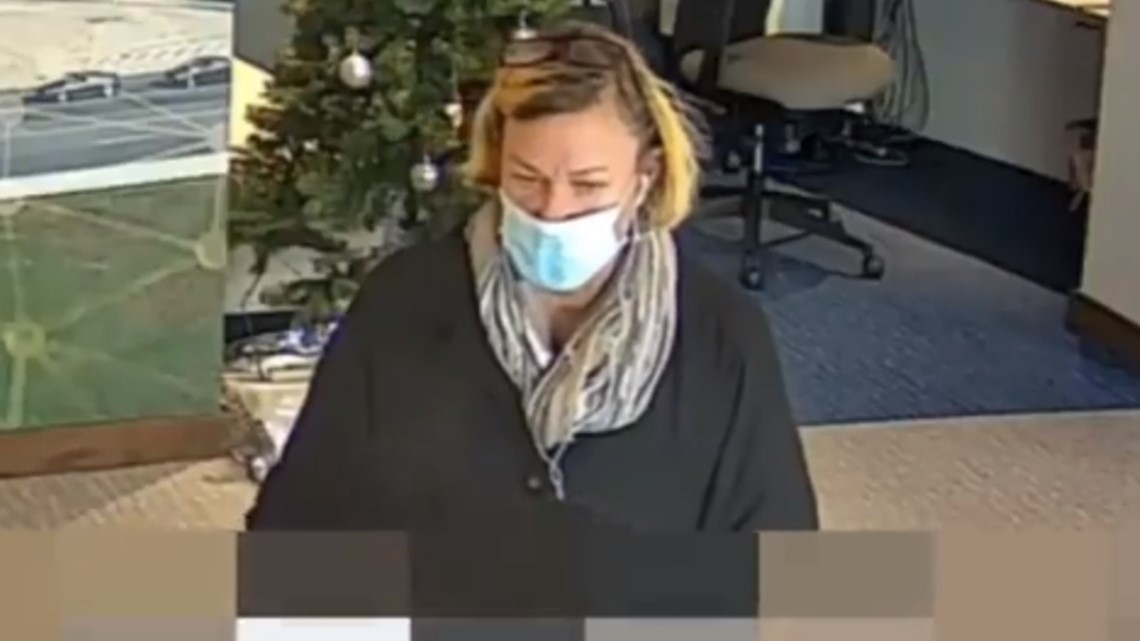 Police: Woman pretends to be a man’s wife and takes money from three banks on the same day

The woman posed as the victim’s wife via a fraudulent identity card and withdrew an unknown amount of money from the victim’s accounts, according to police.

MONTGOMERY COUNTY, Md. – Police say a woman who claimed to be the wife of a fraud victim had some explaining to do after she was caught using a fake ID to withdraw a unknown sum of money from his account in three different banks on the same day.

Montgomery County Police detectives are investigating the series of fraudulent schemes that allegedly occurred on December 13, 2021 at three different banks in the county.

The investigation began in December 2021, just before 1 p.m., when officers said the woman entered SkyPoint Federal Credit Union in the 19700 block of Crystal Rock Dr. in Germantown. Once inside, she identified herself as the victim’s wife via a fraudulent ID card and withdrew an undisclosed sum of money from the victim’s account. She then left the bank after receiving the money.

On the same day, approximately twenty minutes later, the woman arrived at the SkyPoint Federal Credit Union located on Colesville Rd. According to police, she showed the fake ID again and withdrew an undisclosed amount of cash. from the account of the same victim.

Again, just before 2 p.m., the woman allegedly withdrew an unknown amount of money from the same victim’s account at a branch of SkyPoint Federal Credit Union Rockville.

The woman was described as around 50, of medium build, with blonde hair, wearing a brown scarf, black jacket, black jeans and black boots.