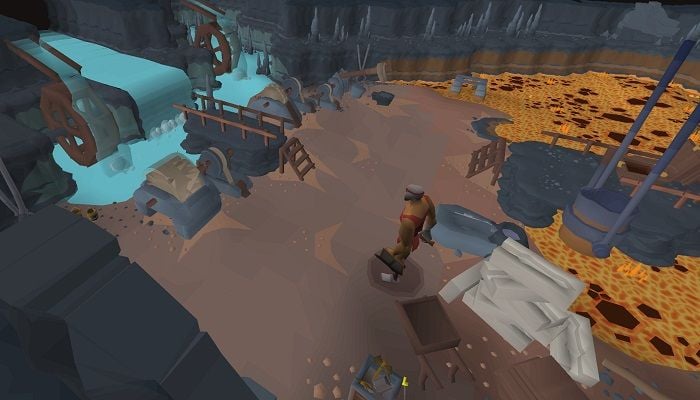 Practice blacksmithing in the foundry of the old-school RuneScape Giant

Old School RuneScape has made several introductions in recent months aimed at gaining skills. From Rift Keepers to new features, the developers have provided new options for your skill progression. Now the new mini-quest, Giant’s Bounty, is here to put Smithing in the spotlight – with community support, of course.

The Giant Foundry is a new area located below the Giant Plateau. The new area will not only give you a new insight into the lore of the giants in Gielinor, but also the opportunity to help one of the giants, Kovac, restore an important forge there and create colossal weapons. This will, of course, improve your Smithing once you help out and sort things out.

When you’re done helping Kovac, you’ll gain access to his rewards shop. You will be able to get items like the Smiths Uniform, which gives a bonus to Smithing at all levels. Other rewards include the Colossal Blade. Finally, the new Giant’s Foundry area will come with new skill boosts that you can only find in the desert area.

The Giant’s Foundry aims to define new ways to upgrade Smithing in the previous game, as a gateway to better mid-game items. This new area and quest is suggested for those who are level 15+ in Smithing, so it’s something players could take advantage of quite quickly with a new character.

Naturally, while this all sounds great, there’s the issue of community voice in Old School RuneScape. It seems like there would be a good sign in the fact that the Sleeping Giants mini-quest that is featured got 90% support. This feature will be available for your Smithing needs.

To learn more about the original concept of the feature, head over to Old School RuneScape.