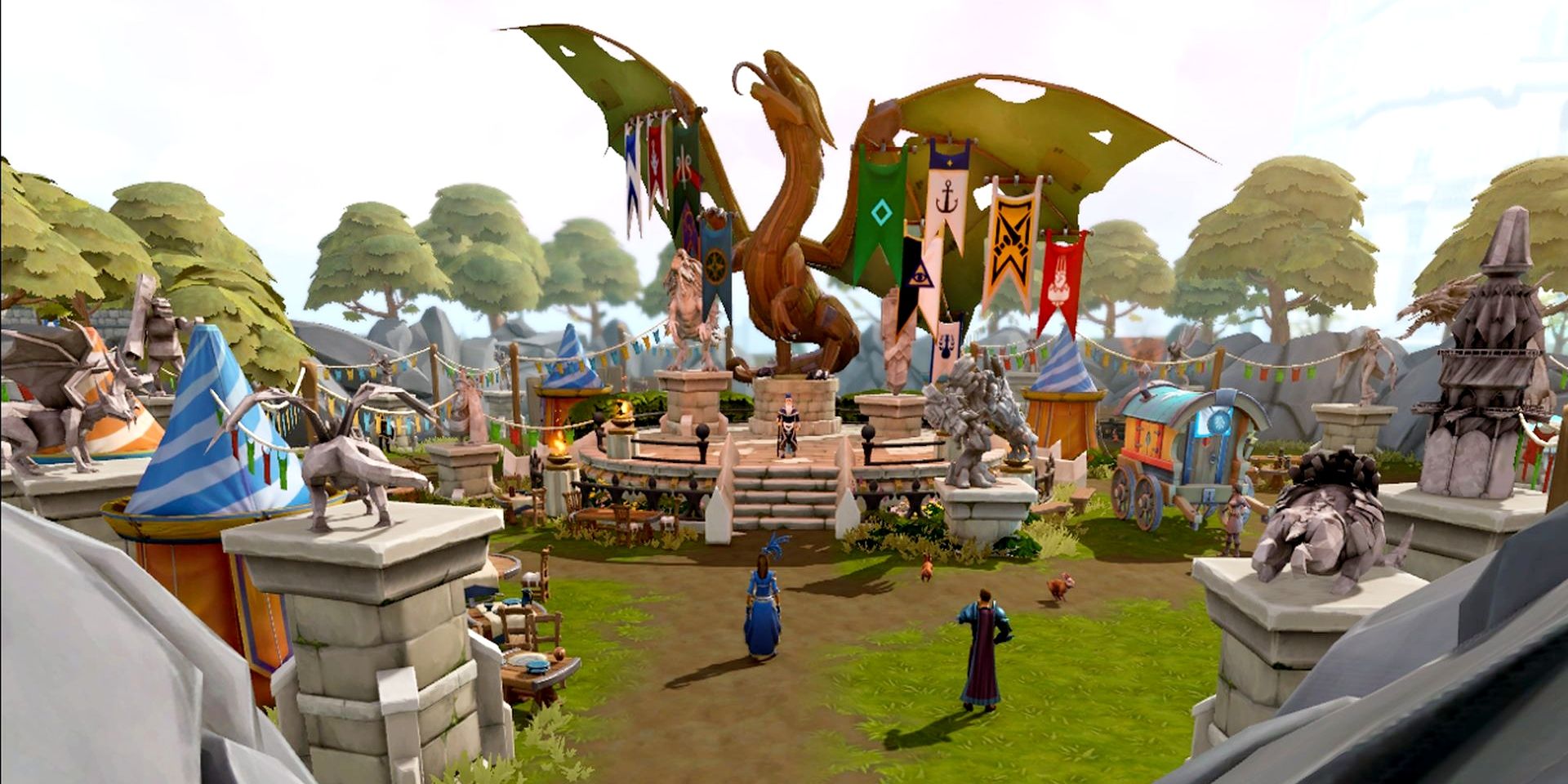 RuneScape Announces Board Game and Tabletop Role-Playing Game in 2022

Steamforged has announced two upcoming tabletop games adapted from Runescape – a board game and a tabletop RPG set to release this year.

The long-running massively multiplayer role-playing game Runescape will be coming to tabletop games in 2022, with both a board game and tabletop role-playing game set to release this year. The fantasy series has garnered over 200 million accounts since its first release in 2001. Runescape is now more than 20 years old but remains one of the most active MMORPGs in the field of video games.

the Runescape The series has had several iterations, with three games in the main series. The most recent entry, Runescape 3, released in 2013. Old School Runescape is also popular for many gamers – its gameplay is modeled after the series as it was in 2007, a fan-favorite era of gaming. The fantasy series is set in the world of Gielinor and allows players to progress through the game as they wish. Players can create their own customizable characters and complete quests, learn skills, and interact with other players around the world. Now it seems the world of Runescape will spread from the screen to the tables of players around the world.

Related: How to Farm Gold in Old School Runescape

A recent Steamforged press release announced that two Runescape tabletop games will be released in 2022, outlining plans for a new tabletop role-playing game and board game. The board game will be for 1-5 players and will be quest-based, allowing for skill leveling and gear upgrading along the way. The TTRPG will come with a hardcover book that outlines the rules of the game and helps create quests around Gielinor for players’ custom characters. This book will be compatible with the Dungeons & Dragons fifth edition ruleset. While no firm release date has been given for the games, gamers can expect both in 2022 – the TTRPG will hit stores directly, while the board game will start on Kickstarter.

This announcement is undoubtedly exciting for many Runescape fans around the world. The game’s fan base is still quite active – Runescape 3 and Old School Runescape combined have over a million daily players. Offering two different gameplay styles is tied to the success of the project, as it will appeal to board game fans with different tastes. The compatibility of role-playing with D&D 5e is also promising, allowing for potential crosses between the two.

This announcement came as an unexpected surprise to fans of the Runescape series, and will undoubtedly attract a large number of new fans who prefer tabletop games to digital. Seeing the beloved series in a new medium is always exciting – previously Dark Horse Comics released an illustrated Runescape book, much to the delight of fans. This new way of Runescape will give players the chance to experience the iconic series in a whole new way, and further cement the game as a gaming landmark.

Next: RuneScape’s Fan-Made Audio Drama Is A Perfect Quest Companion

Deven McClure is a gaming news writer for Screenrant, reporting on the latest gaming developments. A lifelong video game enthusiast, she began writing for Screenrant in 2021. Originally from California where she studied arts and child development, Deven moved to New York in 2017 to pursue writing and acting. . After moving, she attended Gotham Writing School focusing on writing articles and television. Now based in Brooklyn, she lives with her boyfriend and her cat. When she’s not spending time with them, you can no doubt find her playing her latest video game obsession – most likely something with farming and crafting. She has been playing games since she was a child, always reading as much information about them as possible, and is thrilled to work in an industry she is passionate about.