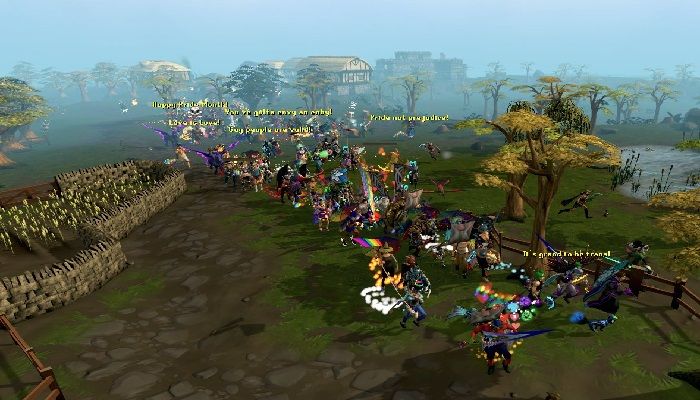 Runescape marks Pride Month with a new mini-event, Tales of Pride. Meanwhile, Old School RuneScape is planning some changes to the recently launched mini-game, The Giant’s Foundry and preparing for the iOS mobile launch.

Tales of Pride features seven stories, each written by members of the Runescape team that is part of the LGBTQIA+ community, and develops the lore and stories of some of Gielinor’s LGBTQIA+ characters. The event runs until June 30 and the stories will be told in various forms. Some are lore books, journals, or conversations, so you’ll have to pay attention to know you’ve encountered one. Start by talking to the curator of Burthorpe to get the magic book and try to collect all seven stories.

If you do, you’ll get the Pride 2022 banner and a rainbow variant of the Gators that you get from Het’s Oasis. The magic book will remain for you to have in your home. There are also other Jagex-assisted community events, including the 2022 LBGT Corner Clan Pride Parade on June 24.

One year ago, Runescape launched on mobile, and there’s a small freebie for players, including a legacy mobile subscription-exclusive outfit, XP boost item, and Treasure Hunter keys. And speaking of mobile, Old School RuneScape is preparing the launch of its new mobile clients. Starting tomorrow, June 15, those in the iOS beta will need to upgrade to the vanilla client via the App Store.

The old school RuneScape The team also plans to make some changes to their latest minigame, The Giant’s Foundry. Some changes will include shortening animations, a simplified mold list, and some additional tweaks based on community feedback. You can preview some of them with weekly Q&A and transcript.

You can now play Xbox games on Samsung TVs, console-free