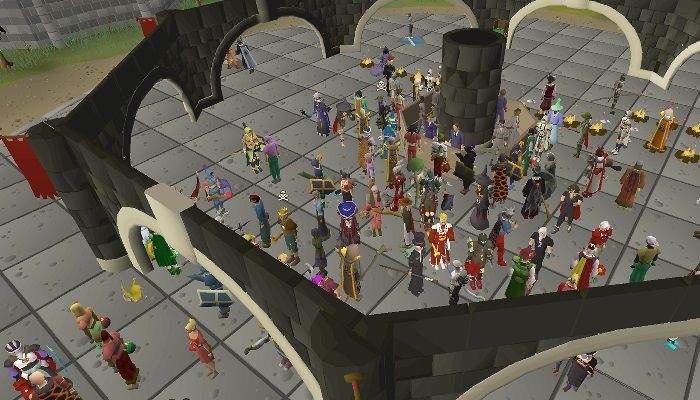 Runescape officially opens a brand new Yak Track, while the Old School RuneScape The team talks about the remade rewards of Amascut Tombs and player feedback on each.

The Yak Track: Path of the Creators II is the 10th and longest they’ve ever had in Runescape, and offers 50 levels that you will have two months to complete. If you’re able to go ahead and complete this one, you can earn yourself Elder God-themed rewards, along with Bik and Ful. There’s even a change in flexibility this time around, as each of the 50 tiers has a ‘skill and kill’ option next to the main task for that tier, so you can figure out how you want to progress to complete them. . The skill and kill option will be slower but you can still complete the level this way.

There are additional changes in the Runescape patch today, including a new temporary instanced version of Senntisten Asylum. This will be in place for this month. The asylum can hold six players, so you’ll be placed in an instance if you’re the seventh person to enter. Everything else will remain the same as expected, but the instance will be available to facilitate the flow.

During this time, the Old School RuneScape The team has an update on the overdue rewards from Tombs of Amascut. They unveiled the list of rewards, but after Nex was released, they had the idea that their original loot plans needed an overhaul. The community then weighed in on the new ideas, so that’s what the team is presenting now. Some of the original designs have survived mostly intact, but others have now been reworked.

In this week’s update, the team review each item and what they changed to improve the status of reward items. You can also see what the overall community response to the proposals has been and what the OSRS the team’s response is for each of them.