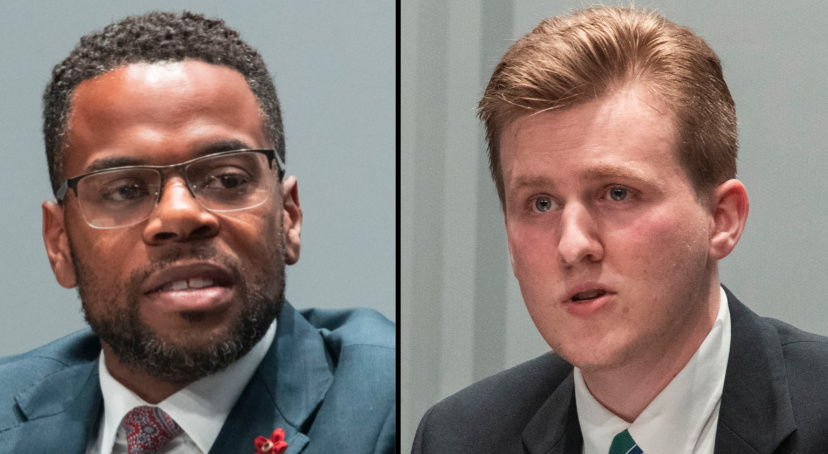 None of the candidates vying for a seat in the Schenectady County Legislature representing the city filed campaign finance documents on time.

Brendan Savage sent an email Tuesday alleging his opponent Omar Sterling McGill was not transparent with his campaign finances.

He alleged that McGill failed to file the most recent campaign disclosure document – the 32-day pre-general report with the state Council of Elections. This report was expected on October 1.

He also alleged that McGill had submitted reports claiming not to have raised or spent campaign funds since May 24.

“Put simply, Mr. McGill knowingly deposited a false instrument with the New York State Board of Elections, which is a misdemeanor. Not only do voters not know where his money is coming from and where it is spent, but he willfully and illegally file information with the State Election Council that he knows to be false, ”Savage said in the statement. ‘E-mail.

McGill attributed the problem to a clerical error on Wednesday and said all documents would be filed and updated by the end of the week.

“My documents are updated as we speak,” he said. “There is nothing we are trying to hide.”

McGill said its campaign treasurer, like all of its staff, are volunteers who also have full-time jobs. He tries to stay on top of his opponent’s attacks and focus on letting residents know what he stands for, he said.

McGill, which hosted a fundraiser on Wednesday night, said residents who receive mail know the campaign is spending money.

Savage said there was a time lag between when his treasurer submitted the general report and when it appeared online. He did not respond to the other two files.

“I think it is very different from the campaign of my opponent who knowingly filed reports saying that no money had been collected or spent since May 24,” he said. “Any voter in District 1 who has received communications from my opponent in the month leading up to the primary will know that this statement to the State Electoral Council is 100% false. “

The website of the State Council of Elections shows that the pre-general filing was released on October 2 at 11:25 p.m.

“There shouldn’t be a significant lag time, but it may not be instantaneous,” said John Conklin, director of public information for the state election office.

He said no one will be fined for a day late.

“But with the electronic filing system, once the treasurer submits it should go straight to the website,” Conklin said.

Savage said he plans to raise more money and spend more money, but has reused campaign signs from the primary.

More from The Daily Gazette: