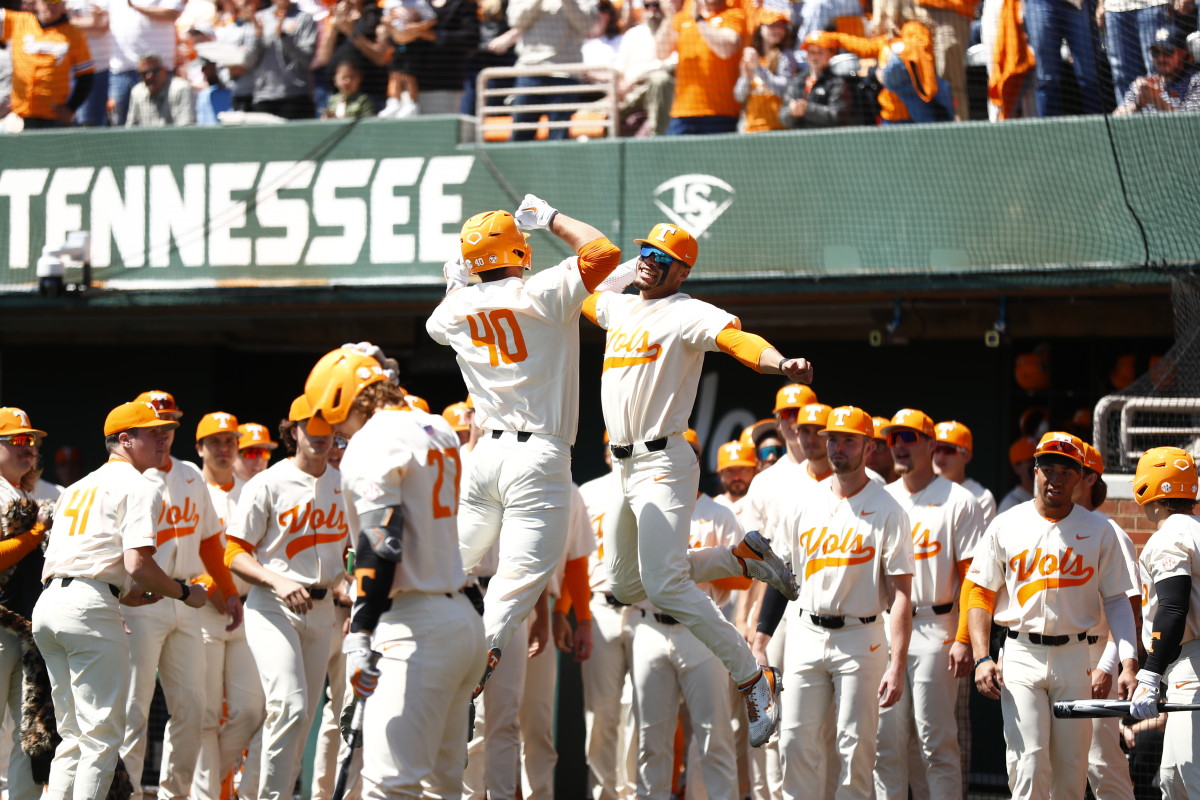 Knoxville, Tenn. – The No. 1 Tennessee Vols finished the sweep over the Missouri Tigers with a 4-3 victory in the series finale at Lindsey Nelson Stadium on Sunday.

With the win, Tennessee sits alone atop the record books as having the best SEC game start ever with a 12-0 record. Ole Miss’s team in 1964, Alabama’s team in 1940, and LSU’s team in 1991 were tied with Tennessee as teams to start conference play 11-0.

Tennessee also tied a program record with its win on Sunday, as the No. 1 Vols completed their seventh series sweep to join UT’s 1994 squad as the only two teams in history to do it. However, for this Tennessee team, they have six series left to break the record.

In their last sweep, Tennessee capped it all off with a four-point effort led by senior Luc Lipcius, who walked off the court twice for Tennessee.

Lipcius scored the game’s first run with a solo shot to the batter’s eye late in the third. His second homer of the game came late in the fifth inning, when the senior undoubtedly threw a two-run off the right-field wall to score himself and Jared Dickey.

Lipcius’ pair of home runs took his season total to nine, which is second on the team behind Trey Lipscomb’s 13.

Tennessee’s fourth inning of the contest came off Drew Gilbert’s at-bat, as he drove a double to left center to score Jordan Beck, scoring the 33rd RBI of the season (in 77 at bat).

On the mound, Tennessee held Missouri scoreless until the seventh inning, a completely opposite result to Friday and Saturday’s game as the Tigers put up two runs on the scoreboard in the first inning each night.

Drew Beam pitched until the seventh, where he was retired after Mizzou scored his first run and had a pair of runners in scoring position. Beam once again performed well as a Sunday pitcher, keeping Mizzou at bay better than Dollander and Burns were able to in the first two meetings. The freshman also recorded a career high in strikeouts against the Tigers. The last line of Beam is below.

Will Mabrey lifted Beam to take the mound for the second time in the series, further showing that he is on top of the Vols bullpen.

The AB that followed was an RBI groundout from Josh Day of Mizzou, and the Vols junior reliever finished the inning with a K to leave a blocked Tiger.

Tennessee called on Redmond Walsh to close out the game with a potential four-out stoppage in the top of the eighth. Walsh took care of business in the eighth, but allowed a pair of leading singles in the top of the ninth to put the tying run on base. Jason Day hit a one-out sack fly to score Ross Lovich, leaving Walsh in a tied runner with two out in third situation.

And Walsh did what he does best. Close.

Walsh forced a pitch to officially record his fifth save of the season and 21st of his career, as the super-senior is now two behind Todd Helton (23 saves) for the most in program history.

Tennessee’s bullpen has once again been huge, solidifying a theme for the series sweep as Tennessee improves to 31-1 this season.

The Vols’ winning streak is extended to 23 games after Sunday’s win, and UT is one win Tuesday away from Tennessee Tech to tie the longest winning streak in history among SEC teams, so that Texas A&M won 24 straight games in 2015.

Note: With 12 straight SEC wins, the Vols are five games away from the longest winning streak against SEC teams in history (UT ’94, LSU ’00).

Did you know that Volunteer Country on SI does Podcasts? Check out the latest staff outages here.

Volunteer Country on SI is also on instagram, Twitter, and Facebook. Check out one of the links to make sure you don’t miss any coverage of your favorite Tennessee teams!

You can follow the staff, Mast, James, Valley and Jack on Twitter by clicking on one of their names.

Want the latest news on national football and basketball recruiting, including Vols targets? Head to SI All American for the latest news, blogs and updates on the country’s top prospects

Sports Illustrated also offers up-to-the-minute insight, information, and details for the players. check it out here.