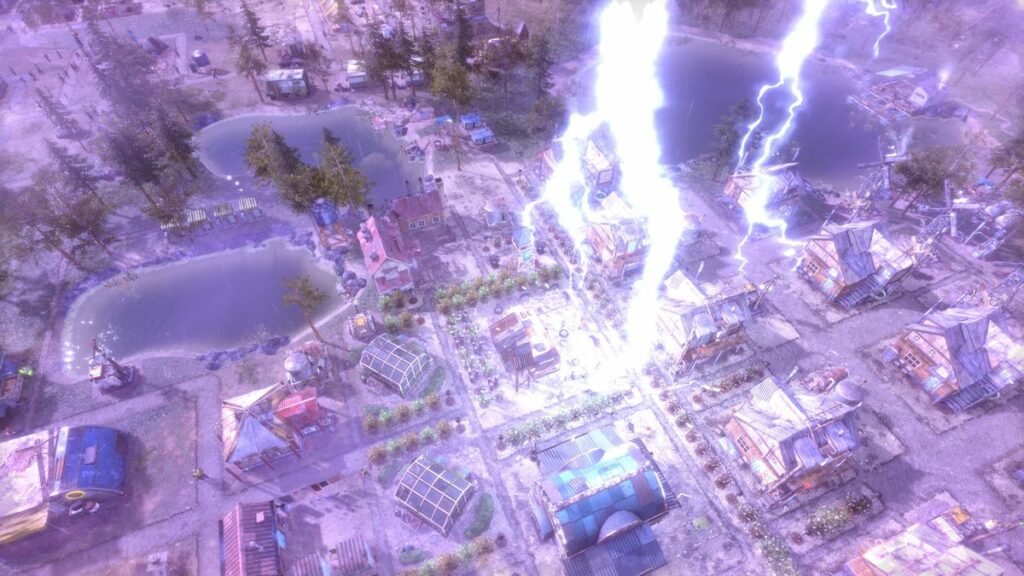 Surviving the Aftermath was released recently and it’s a great addition to the survival city-building genre. If you want to know more about what we thought, be sure to check out our review.

As with any game like this, you’ll run into a lot of pitfalls, especially early in your game, so I’ve put together some tips to make sure you get the best start and avoid some of the crashes that happen to me.

Get your water supply sorted now!

In my first game, I assumed I would have some time before I started losing settlers. I was very wrong and since I had not made water my first priority, everyone was dead on the second day. In short, you need to make sure that building a water supply is the first thing you do. You will start with a small amount of food in your downtown area, but you will not have water.

It is quite easy to set up a water collector from the start and it should serve you quite well for a while, but remember to increase your production with wells and more collectors as you go. as you progress. You will also need to build lots of water tanks to help you get through disasters.

Fish go wild when it comes to trade

Once you’ve researched and built the Trading Post and discovered another colony on the world map, you can start trading. I found the fish to be incredibly valuable and also very easy to produce. Set up as many fishing docks as you can, and once you’ve researched it, build yourself a fish farm or two. Not only can the fish be used in your kitchens or mess rooms to feed your colony, but you’ll also have a readily available trade resource to trade for the things you really need.

As the name suggests, the rare metal is very difficult to find but is needed to produce electronic components and chips for more advanced buildings. I have only found rare metal on the world map twice so far. One of the finds was purely a ruin that had some, but the second was in a location that allowed me to build a Salvage Outpost, meaning I had a constant supply.

To this end, I encourage you to explore the world map as much as possible in order to find your own place to build an outpost.

Components become essential in the middle or at the end of the game, but can be very difficult to find. You will certainly find some as you explore the world map, but it can be difficult to establish a steady supply. Trading is a great way to get your hands on these items and once you’ve discovered enough competing cities you’ll find that there’s always at least one with components to resell. If you want to make your own, you will need to build an electronics factory and have a constant supply of rare metals.

Only have people in buildings when you need them

There will be many times during your game when you feel like you just haven’t got enough people. To help alleviate this a bit, make sure you don’t have idle people in buildings that aren’t in use. Good examples of this can be leaving people in your medical huts just in case or guarding your door. You don’t need people in these buildings all the time and the game warns you if you are going to be attacked or people are sick.

Herbs can only be grown in a greenhouse

The discovery of it was a revelation. In order to make your own medicine, you need a constant supply of herbs. I started planting fields where I could grow these herbs as I was sure I had unlocked the grass seed already, but the grass was not an option and I assumed I had wrong to unlock the seed. This led to a lot of frustration until I built my first greenhouse just to find herbs as a planting option (that was hours later!).

In short, if you want to grow herbs, build yourself a greenhouse or two first.

You can put limits on production

I haven’t noticed it in a while, but you can set limits on your production buildings. This is useful because once you hit your chosen limit, the people in the building will automatically leave and become porters or builders until they are needed again. When needed, they return to the building on their own, removing some micromanagement for the player.

Explore the whole map with specialists

The world map is full of things to discover and loot to bring back to your colony. You can also set up various outposts in order to collect resources, attract new settlers, or become more efficient when exploring the world. For starters, I would start building science outposts so you can start unlocking and upgrading buildings. After that I would be looking for tools and clothing production.

The world map is also the only place where you will be able to discover rare metals and new colonies to trade, which makes it essential to discover each area of â€‹â€‹the map. Scout Specialists are best for this task because they have a greater range of movement per turn.

You don’t need a lot of guard tours

The game encourages you to build plenty of guard towers but I didn’t really need them. They are useful if your door is broken through so it’s worth having a few nearby, but other than that I wouldn’t care too much.

If you are attacked from inside your camp, I have found it to be much more effective to use the specialists present to mop up the danger.

Use recon towers to reveal the card but destroy when used

You will need to place reconnaissance towers around the perimeter of your colony to clear the fog of war surrounding it. Doing this will reveal more building space and much needed resources. Once built, the towers will take a few minutes to reveal the terrain around them, but after that they are useless and take a settler.

Once the tower has done its job, be sure to go back and destroy it, which will free up some very valuable resources and settler. Forgetting to destroy them can result in many settlers immobilizing them and bringing nothing.

Marketers must prove that “sustainable consumption” is not an oxymoron

Party Hats are a “linchpin” for the RuneScape economy, and new hats are being given out for the first time in 20 years