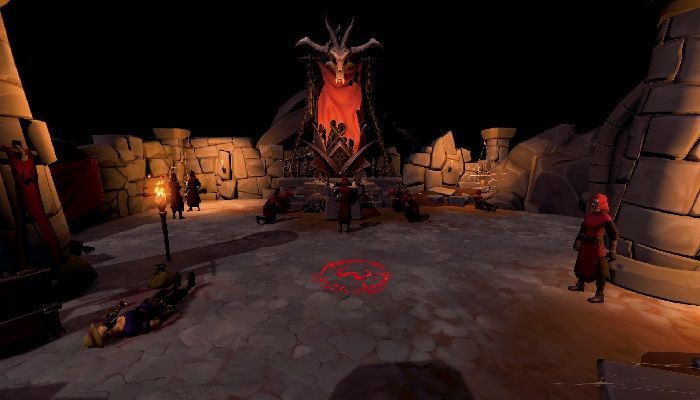 Twilight of the Gods descends on RuneScape next week, while Old School RuneScape readies mobile clients

Old School RuneScape is almost ready to release its new mobile client. Runescape will welcome the new quest, Twilight of the Gods, to the game live next week.

twilight of the gods is the next members-only quest for Runescape, and arrives June 6th. It will follow Elder God Wars: Extinction on a lore-rich quest to test you. Zamorak, the God of Chaos and Destruction has plans, and it’s up to you to investigate, as well as earn some quality rewards you’ll absolutely need to prepare for the eventual final fight against Zamorak him. -even later this summer. Expect multiple demons, subplots, lots of lore, ruins, add a task to infiltrate the disguised mess dungeon, and more.

After several periods of beta testing, the new mobile client for Old School RuneScape will be available on Android and iOS devices by the end of June. The requirements for each system are as follows:

Community work to test these betas has been vital, and naturally the team will welcome and implement feedback up to and after the release of the new mobile client. Recent beta testing has added support for buff bars, fishing spot indicators, chat buffs, increased draw distance, navigation tile indicators, and more.

So what’s next after new mobile customers? More C++ client improvement projects. There’s even a little preview in the ad. One of the features will be a hint scrolling aid. In the meantime, they will release bonus content that will feature activity helpers. These include:

Hunter Trackers: Tracks how much time you have left before your traps need to be reset.

For more information on mobile clients for OSRS, see the update here. To learn more about the Twilight of the Gods, visit the announcement to Runescape.

Daily news from online research no. 33348