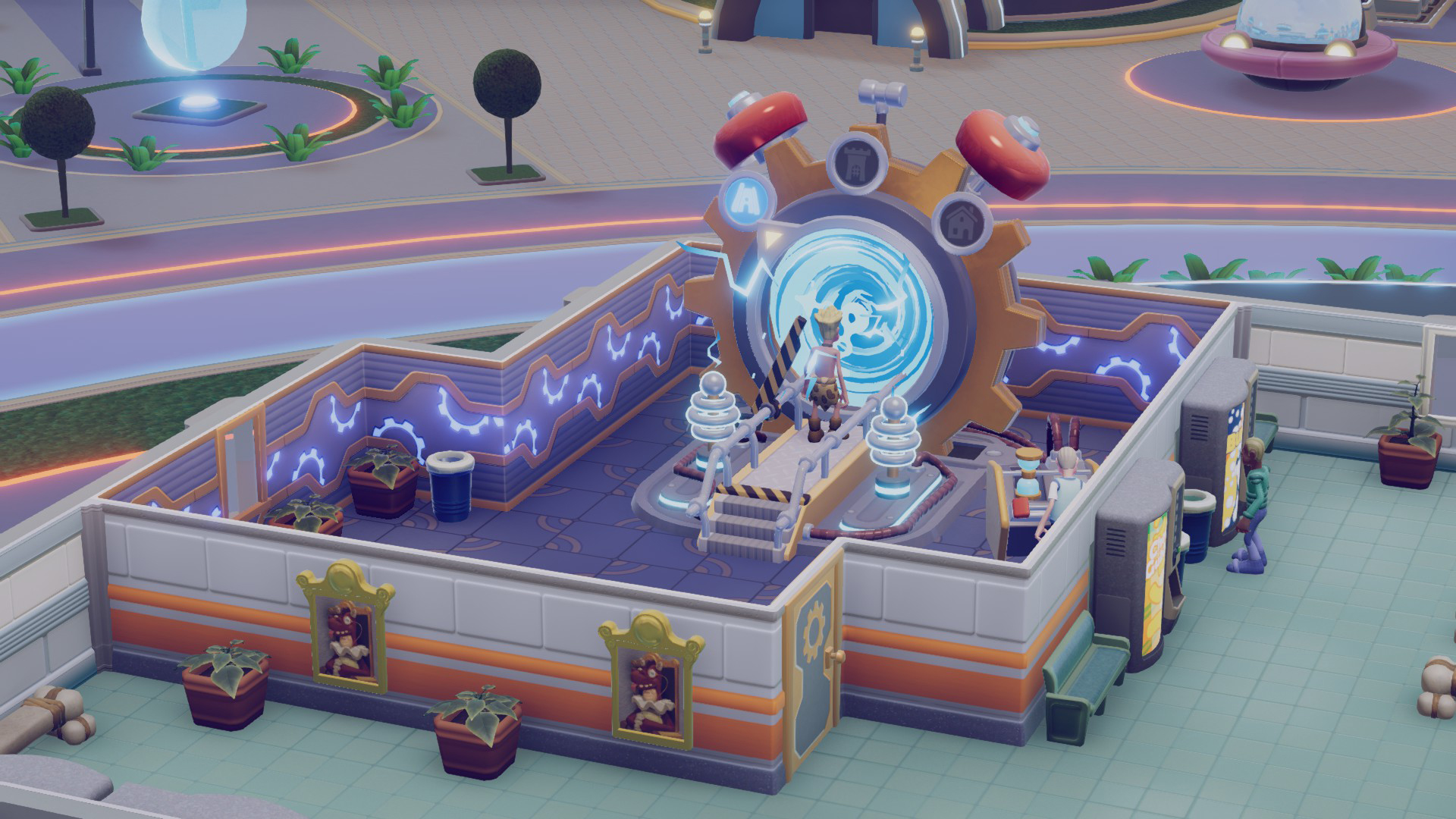 Two-point hospital really went around the block with its DLC. The hospital management simulation has gone green with Off grid. Then it became artistic with the Culture shock DLC. Now, Two-point hospital walks back in time with the latest DLC, A Stitch in Time.

If you thought running a hospital all at once was difficult, wait until you try to juggle multiple points in time. Two-point hospital: a point in time adds a fourth dimension of simulation to the gameplay and will take you back in time to three new locations set in medieval, prehistoric and futuristic periods.

The Time Travel DLC will add 34 new illnesses to treat, some of which are wonderfully named. Bone Head and Retile Dysfunction are two of my favorites. Since you are exploring time, you will also be able to collect items of all ages to decorate your hospital. Of course, there are also new elements that you can use to make your hospital run like clockwork.

The main antagonist (he’s definitely more of a pain than a villain) of Two-point hospital: a point in time is Captain Yesterday. He is an inventor and an entrepreneur. It is also totally filled with it. Captain Yesterday invented a new device called “Yesterizer”. It’s a no-fuss, no-fuss way for hassle-free time travel. Allegedly.

It turns out that the “Yesterizer” has some startup problems. As Captain Yesterday sells his product to the right people over time, you build, expand, and improve your hospitals to support all new, time-bound illnesses.

Two-point hospital: a point in time is out now and sells for just $ 8.99 USD on Steam. By March 2, you can claim the DLC for 10% off. You will need the base game to play the DLC. So if you don’t have it yet, you will need to get it on Steam first.